Over the past several years, debate around the Department of Labor’s proposed fiduciary rule has focused on retirement advice and fiduciary responsibility. One often-raised issue is the value of Individual Retirement Accounts (IRAs) as retirement tools. Some experts think they are essential retirement planning tools; others are of the opinion that participants are better off leaving assets in former employers’ 401(k) plans rather than moving those assets to IRAs.

In an effort to gain insight into the issue as it pertains to automatic rollover IRAs, Millennium Trust Company talked with a handful of plan sponsors, third party administrators, recordkeepers, and consultants. The plan professionals we spoke with were unanimous in their opinion: Automatic rollover IRAs are valuable tools that help simplify qualified plan management, reduce plan costs, and limit fiduciary liability.

The rise of rollovers

During the past two decades, automatic rollover provisions have become a staple of qualified retirement plans. In 2001, the Economic Growth and Tax Relief Reconciliation Act amended the Internal Revenue Service Code, allowing plan sponsors to establish rollover IRAs for former employees who had left retirement savings in a qualified plan account. In 2004, the DOL published its final rule. Accounts with balances of $5,000 or less could be rolled over into rollover IRAs, as long as IRA providers met safe harbor requirements.[1]

By 2012, about one-half of plan sponsors had added automatic rollover provisions to their plan documents and regularly moved abandoned account balances of $1,000 to $5,000 to rollover IRAs. An additional 42 percent were sending checks — a process that generally entails withholding taxes and early withdrawal penalties — to participants with balances of $1,000 or less, and allowing accounts with more than $1,000 in assets to remain in their plans. Just seven percent of plan sponsors kept all accounts of all sizes.[2]

The majority of the plan professionals Millennium Trust spoke with said they, or their plan sponsor clients, predominantly send checks to former employees with account balance of $1,000 or less and rollover accounts with $1,000 to $5,000. One plan professional said the plans his firm advises rollover all accounts with $5,000 or less to safe harbor IRAs because uncashed checks are a thorny issue.

“We suggest that plan sponsors rollover any account with a balance of $5,000 or less to an IRA when a participant leaves the company,” said Beverly Haslauer, President of The Haslauer Group. “Many still choose to send checks if the balance is less than $1,000. I think that’s a mistake because uncashed checks are a serious issue for many plans.”

Many plan sponsors have embraced automatic rollovers, but moving account balances is not something they take lightly, according to Tony Ward, In-House ERISA Counsel for CEP Consultants Inc. In his opinion, best practices require plan sponsors to maintain clean records, implement a consistent process that adheres to plan provisions, and communicate distribution options during termination interviews. Other sources agreed.

“Keeping accurate data is critical. We complete periodic reviews and have processes in place for mandatory distributions. That helps keep our data clean,” said Amy Hilt, Director of Rewards with Kerry, Inc.

Boston Research Group’s 2013 report said there were more than 38 million abandoned accounts in defined contribution plans in the United States.[3] When you consider how often Americans change employers, it’s easy to believe that number may increase over time. 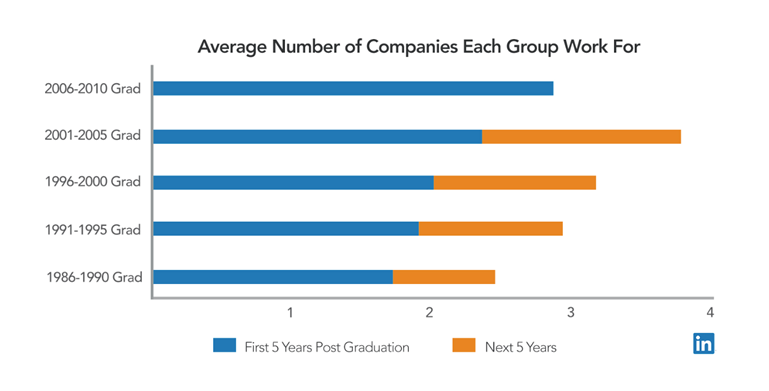 Last year, LinkedIn reported that the average number of jobs held by college graduates during their first five years of employment changed dramatically from the 1980s to the 2010s. Today’s college graduates are on track to have more than four jobs by age 32.[4]

A 32-year-old with four retirement accounts that must be managed according to the rules of four different employers’ plans will face some significant challenges, said Sean Jordan, Vice President for Participant Development at Mass Mutual. It can be difficult to manage multiple accounts effectively. If markets head south, reallocating assets in a timely way can become problematic.

The DOL has argued that plan participants benefit by leaving assets in 401(k) plans that have low fees, and that may be true in some cases. However, our sources said the decision to leave an account behind often has little to do with retirement planning considerations. In fact, leaving accounts behind may hinder effective retirement planning.

“There are two primary reasons participants leave money in the plan,” said Leah Wurslin, Senior Human Resources Analyst with Kerry Inc. “The first is a lack of communication. They may forget which options are available to them or they may have received misinformation about retirement planning from family members, co-workers or someone else. The second is that people get lazy. It’s just too much work to move the money.”

Over time, a decision to leave assets in a plan account can result in the participant having an inappropriate asset allocation for his or her age and risk tolerance.

“Automatic rollover provisions do no harm,” said Jordan. “They preserve assets for the participant, offer flexibility, and give account owners control over their assets.”

Automatic rollover IRAs continue to be an important and valued solution for plan sponsors, third party administrators, recordkeepers, and consultants. Moving the assets of previous employees with small account balances to rollover IRAs helps both plan sponsors and participants overcome a myriad of challenging issues.

Retirement Providers
Share:
Was this helpful?
up
48%
down
52%
1133 people found this helpful.
Recommended For You
Small Businesses

Essential Save - A Workplace Benefit

Even the best retirement solutions cannot ensure financial wellness. Find out how offering an emergency savings solution can benefit your company and its...

Financial Wellness in the Workplace: Emergency Savings Fund as an Employee Benefit

Studies have shown that when employees are stressed about their finances, their morale, productivity and tenure is likely to be negatively affected, which can...

Video
Was this helpful?
up
51%
down
49%
455 people found this helpful.
You are now leaving the Millennium Trust web site